Back to Case Studies

The Human Rights Defenders Coalition (HRDC) in Malawi was created in 2017 to provide protection and support for human rights defenders (HRDs), and to defend the civic space within which these activists operate. The coalition’s overarching focus has been on tackling corruption. 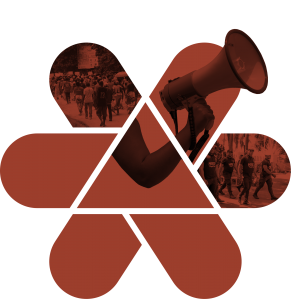 In 2019 when election fraud ignited the anger of everyday Malawians, HRDC stepped in to unite activists and citizens across the country, mobilising calls for greater accountability, and using litigation strategies to protect the freedom of assembly. This instance of electoral fraud was indicative of how corruption was negatively impacting the fair functioning of government, and in turn the enabling environment for civil society. Meanwhile, HRDC’s experience demonstrates the (sometimes) blurred line between the struggle to defend what can often be thought of as ‘neutral’ space and the need for civil society to be ‘politically’ engaged, along with the ways in which corruption and civic space are intimately linked.

Threats, attacks and harassment
During the 9 months of protest, there were multiple cases of serious physical threats and attacks made against members and leaders of the HRDC. These attacks were designed to instill fear in activists and deter them from organising further protests. Prominent figures of the HRDC were also subject to other forms of harassment. For example the HRDC vice-Chairperson and an executive member were arrested and charged with inciting people to contravene the law, after they called for citizens to protest in front of the State House as the President was yet to assent to a rerun of the election. The government also attempted to sue HRDC organisers. They claimed that protestors were damaging property and looting, and demanded that the organisers should bear the cost of such damage. These tactics drained the coalition of capacity and resources, and put membersat risk of physical harm.

Capacity and resources is an ongoing issue
The coalition’s leadership has not had the time or resources to build the capacity of its regional and district members regarding the HRDC’s mandate, and human rights awareness more generally. Although some limited funding and capacity building support was secured, allies and funders were quickly put off by government threats. For example it was reported in the media that HRDC had been ‘trained in guerilla warfare’ and an international civil society organisation (ICSO) was named as having provided support to that end (they had in fact been providing much needed security training). International actors were afraid to associate themselves with HRDC, as the issue was thought to be ‘too political’. As a result the coalition struggled to secure financial or practical support during a critical period.

De-centralised power empowers people
A decentralised structure gave people at the community level the autonomy to make suggestions and decisions, within the coalition’s mandate. This meant that the HRDC leadership, who could not be everywhere at once, had contacts whom they could trust to make decisions at any level.

Bridging to the legal sector was important
By formalising a connection with the Malawi Law Society, the founders of the coalition built a bridge between civil society and the legal sector from the outset, gaining connections with lawyers who were able to support activists and CSOs under attack as they challenged the fraudulent election results. In contexts where the judiciary has not been compromised, the rule of law is an important tool for defending space for civil society.

International solidarity matters
Organisations including Human Rights Watch, Freedom House and Frontline Defenders stayed connected with HRDC and raised the alarm at the international level over arrests and threats. This awareness and solidarity was an important form of psychological support. Members sometimes struggled, wondering whether they were doing the right thing in mobilising people to demonstrate but hearing others elsewhere speak out on their behalf motivated them to continue. On the other hand, solidarity was less forthcoming when the coalition sought diplomatic solutions to the crisis. Whilst protests and litigation were ongoing, HRDC participated in a task force convened by development partners, involving political parties and diplomatic representatives from other states. HRDC found themselves having to make the case for why demonstrations were needed, as external stakeholders feared the situation would degenerate into civil strife or war, and were averse to associating themselves with the movement. This underscored the importance of ensuring that international allies have a thorough understanding of the specific context in question, and revealed how this can require advocacy with international actors (and therefore resources and capacity) in order to secure solidarity.

Technical capacity is needed
HRDC and its members need ongoing support from ICSOs and allies, for example to develop technical capacities, such as financial and legal knowledge, to hold the new government to account and defend civic space. In particular, the coalition aims to develop proposals for a strong legal framework that would support the work of HRDs and civil society, and to work with the government on this framework whilst there is still good will. The international community can provide training and learning on best practice to strengthen these proposals, whilst in turn learning from the experiences of HRDC and Malawian civil society.

The demonstrations, alongside legal approaches, played a key role in ensuring that the Electoral Commission and President were ultimately held to account.

“Judges and civil society-led protests paved the way for the fresh presidential election to be held… key to the ruling was not only the independence of Malawi’s judiciary but also months of civil society-led demonstrations… This was particularly important because it significantly increased the pressure on the judiciary and other key democratic institutions to do the right thing.” (CIVICUS (2020): MALAWI: ‘Civil society expects new gov. to place rights at the top of its agenda’).

HRDC members have been able to meet with the new President several times already to have candid and honest conversations about the issues Malawians are facing. The President has already addressed some of the issues raised during these meetings, for example the coalition has secured an agreement with the Corruption Bureau for a new whistleblowing initiative. By engaging in pro-democracy action at a critical moment, HRDC has helped to increase the odds of a more open context for civil society, whereby CSOs and activists can contribute to good governance and therefore to broader social and development goals.